"The blues taught me that life is just what it is, its life not only in America or the South by life around the world."

Jeff Todd is a natural born bluesman and music promoter. Jeff is the owner of Old Dog's Records Inc and is the future President of the Valdosta Blues Society.

With a top 5 hit and a top 10 hit Jeff's Blues is; Amped up pure raw blues, with a Soulful Southern back-ground and Texas Blues mixed with traditional blues beats and a original sound. New Cd Crossroads & Back is now done. 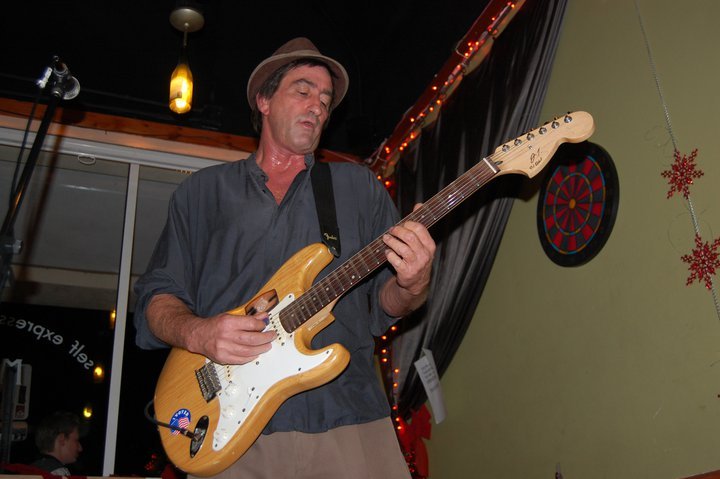 "Music philosophy to me mean NO RULES, throw the rules out and make your own, play what I feel inside that fits the song or the story."

What first attracted you to the Blues music?

It was early in my life; I think I was 7 or 8 years old. Old Muddy Waters and Bo Diddley songs were some of the stuff I was hearing on my parent’s radio along with lots of bluesy country.

For me the blues is a way of life, I knew from a very young age I’d always be a Bluesman.  The blues taught me that life is just what it is, its life not only in America or the South by life around the world.

How do you describe Jeff Todd sound and progress, what characterize your music philosophy? My sounds are a grouped from Eric Clapton, Johnny Winter, Jeff Beck and traditional blues riffs. I also play different scales during the songs but I keep it in the same key.  Music philosophy to me mean NO RULES, throw the rules out and make your own, play what I feel inside that fits the song or the story.

Bo Diddley, by far, advice was,“Jeff You do what you do, he does what he does, I do what I do, that’s how we make genre and music”.

Best moments are two inductions in the Blues Hall of Fame as Ambassador to Central Florida and Clarksdale, MS, the home of the Blues. Worst is most likely the hater I had that tried to derail my life, my music, my name, meanwhile I learned the real meaning of the being a Bluesman.

Blues is the Father of music in America….it pure, it is real life, it a story about inner feelings and people and it is a documentary of life in America at every level. The Blues hides nothing, the blues will enter everyone life sometime during their lives, which makes others understand the feeling.

How the thought of Old Dog's Records and Recording Studio started?

ODR started in Florida, But the Words Old Dog’s came from another name that was Scratchy Dogs Music. It was the 1st with a former partner while I was managing Tammy Diddley, the daughter of Bo Diddley. We departed as partners and I started Old Dog’s Records & Recording a few years later. JTB promotions was another name I used in central Florida for a short time before ODR came about. ODR was in the works for 4 or 5 years, but it was not until I stopped touring and playing the clubs. In 2009 ODR was about to be opened as a booking agency. It then grew into a recording studio then a record label.

Do you remember anything funny from the recording time with Joey Gilmore, Sheba and Willie Green?

Sheba, yes, Sheba was my 1st customer in Ocala Florida. I only had a very small studio and it was a large walk in closet, Sheba only stayed with me because I was a Bluesman, she wanted to only work with a blues label, and I was one of the only true blues record labels in Florida. She jokes about me needed gas money to get to a show in Gainesville, FL, but we moved into a bigger studio and got her songs done and it all worked out good. Willie Green recording were live in a club he worked in, it happened with Little Mike and the Tornadoes. Joey Gilmore did not record with me in the studio but we were going to film him live in Ocala, Fl. 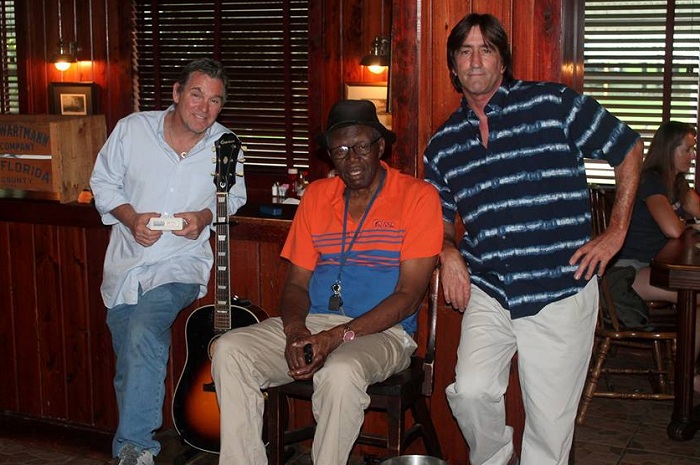 "The Blues hides nothing, the blues will enter everyone life sometime during their lives, which makes others understand the feeling." Jeff with Little Mike Markowitz and Willie Green

Best Jam, without a doubt in New Orleans and in Memphis at the Black Diamond. The best gig was for the Homes for Heroes in Orlando, Fl. It was a fund raiser for the war vets who were coming home in 2009.

Bo Diddley, by far, advice was, “Jeff You do what you do, he does what he does, I do what I do, that’s how we make genre and music”. (Bo Diddley)

What do you miss most nowadays from the past music? What are your hopes and fears for the future of music?

I don’t really miss anything, I stick to what I know and love, I don’t pay much attention to what I’m not into. My hopes are that music never fades away; kids keep it real and make it pay. Express yourselves always.

What are the lines that connect the legacy of Blues with Soul and continue to Southern Rock and Folk music?

Folklore music and blues are related and were getting more famous as Soul came from the city and Southern Rock was a amped up version from the artist influences from Bluesman. 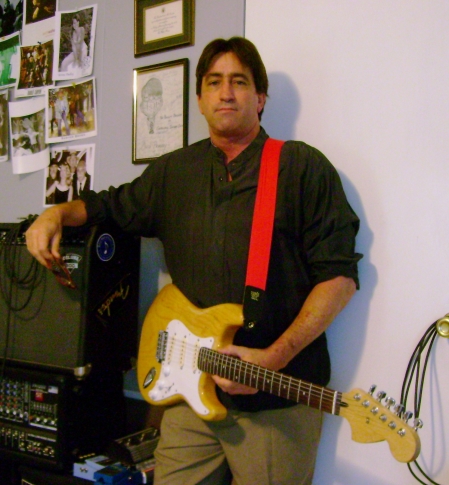 Austin TX, to see SRV in his prime younger days!!!

"My sounds are a grouped from Eric Clapton, Johnny Winter, Jeff Beck and traditional blues riffs."

Make an account of the case of the blues in Mississippi. What are the differences from the other blues scenes?

MS Blues??? It’s real, it’s hard edged, it’s truth, it’s not published enough on Radio, CHI and KC and other cities are better for the blues because it can reach many more people, but going to MS and hearing it there is awesome, because you’re in the land and home of the blues, and that experience is felt in the other cities.

Made me laugh, well that’s hard to do in today’s times... but my time in Clarksdale, MS, the home of the Blues was a good time for me to relax and take in the real blues experience. You will leave the Delta feeling different than you will feel when you leave say Memphis or New Orleans. I can go one forever on any of these questions; I love the blues and always will be a Bluesman.