"I think any serious music fan should have a medium understanding of blues music. Its basic history and the main exponents of the basic time periods and styles..."

Nico Wernekinck was born in 1972 in the south of Chile but moved to Missouri early on in life. He did most of Grade and Jr. High in the USA. Nico heard Muddy Waters in the late 70 s in his dad’s car when he was just a kid and no other music has ever made as big an impact on his life. From that point on, anything that sounded remotely like it to he took interest in. Nico Wernekinck started playing guitar and singing in the late 80s. Nicolas says: "I am not talented at either but I loved it so much that I have been doing it ever since.” The Blues Swingers formed in 2008 with the intention of paying homage to classic 50s Chicago Blues. Jimmy Reed was a big part of the bands original sound.

The band has recorded 4 albums with varying lineups and currently recording the 5th album which should be ready in December of this year. The current lineup of the Blues Swingers is: Felipe Ruf on guitar, Johan Pasten on bass, Erwin Iost on harp, Eduardo Grez on drums, and Nico Wernekinck on guitar /vocals. Nicolas talks about the local scene, Blues Swingers, William Clark, Charles Baty, Doug Deming, Snooks Eaglin, Otis Rush and Magic Sam.

When was your first desire to become involved with the blues music and how has changed your life?

In the late 70s I remember very vividly hearing "Mannish Boy" for the first time... No other piece of music has ever had as big an impact on me...

I learn about the life and thoughts of choragus common people who, in the most part, had very rough lives. It helps me put my own life in perspective.

How do you describe Nicolas Wernekinck sound and what characterize your music philosophy?

I try to focus in blues from the 40s to mid 60s... I imagine that’s where most of my musical a lyrical ideas come from. Though I dig todays real blues exponents as well. 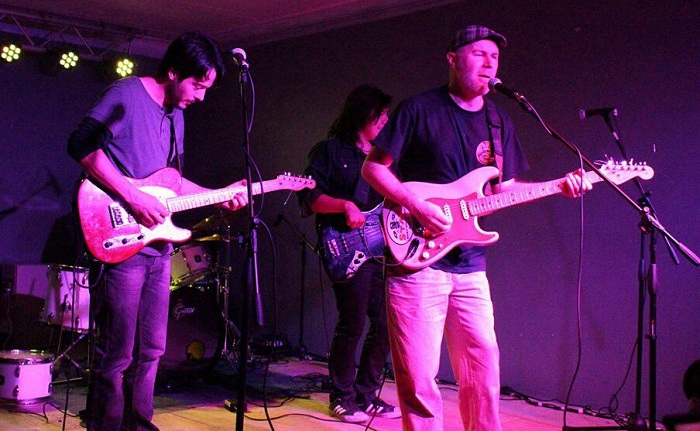 "I learn about the life and thoughts of choragus common people who, in the most part, had very rough lives. It helps me put my own life in perspective."

Why did you think that the Blues music continues to generate such a devoted following in Chile?

It’s not as big as it could be. Hopefully it keeps growing. I think any serious music fan should have a medium understanding of blues music. Its basic history and the main exponents of the basic time periods and styles... It’s sad to talk to some musicians who use the word blues in their acts to sell an image but when you talk to them they don’t know jack shit about the genre.

Like I said before, I dig todays blues plenty. People like Little Charly Baty and younger cats like Doug Deming... But on the other hand there is a lot of rock oriented players that label themselves as blues acts that really suck. You can tell them more into gymnastics and extreme sports than they are to the Blues.

I think the association of images with music has been terrible for music in general. Especially young people can’t listen. They are more visually oriented. It’s a shame.

I’d say right now. There are at least a handful of players who are really interested in keeping this thing alive with its original characteristics... Like Al Blake said "some things DON'T have to change". "I think the association of images with music has been terrible for music in general. Especially young people can’t listen. They are more visually oriented. It’s a shame." (Photo: Nico & Eric Guitar Davis)

Are there any memories from gigs, jams, festivals and open acts which you’d like to share with us?

There’s the time I missed one of Snooks Eaglin’s final performances because I had to take my daughter to the bathroom. When i got back from that business the blues tent was so packed I couldn’t get back in... I regret it to this day. I should have let her piss her pants. I’m sure she would have understood in the future...

Nothing really. The blues was born and raised in the US... No point in attaching anything else to it...

The comradely with my band mates... It’s been a tough couple of years for some of us but our friendship has gotten stronger against adversity. And the music keeps getting better.

From the musical point of view what are the differences between Chilean and the other South American scenes?

From what I can tell, Brazil and Argentina have deeper Blues culture... They have people who have really spread the true word... Argentina had Adrian Flores who produced some top notch blues acts up until now... In fact he is touring Brazil with Jody Williams right at this moment. My friend from Argentina, Ricardo Muñoz has T-Bone tattooed on his arm...In Brazil you got The Headcutters and Igor Prado and a label called Chico Blues which I don’t know much about but I think Flavio Guimaraes is on there and he’s an old school harp.

Man I’d like to have been in the West side of Chicago when Magic Sam and Otis Rush did there back to back sets... Or in Louisiana in Cossimo Matassas studio for the Guitar slim recordings... 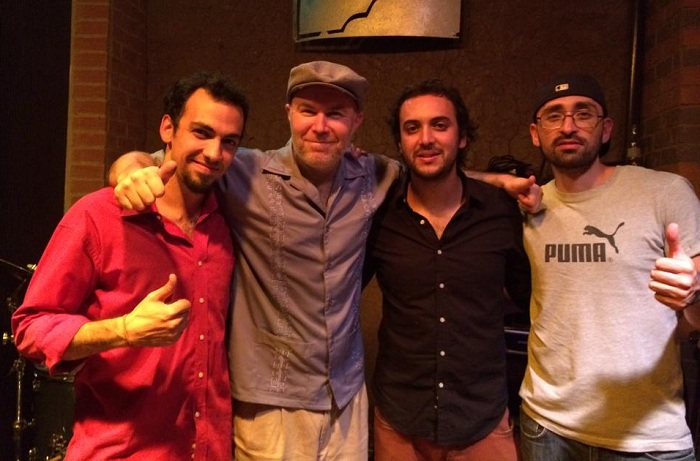 "I try to focus in blues from the 40s to mid 60s... I imagine that’s where most of my musical a lyrical ideas come from. Though I dig todays real blues exponents as well." (Photo: The Blues Swingers)