"When I listen to that kind of music it makes my heart feel good. You can enjoy it in the happy and sad moments. For me, the blues is a vehicle to express what I feel." 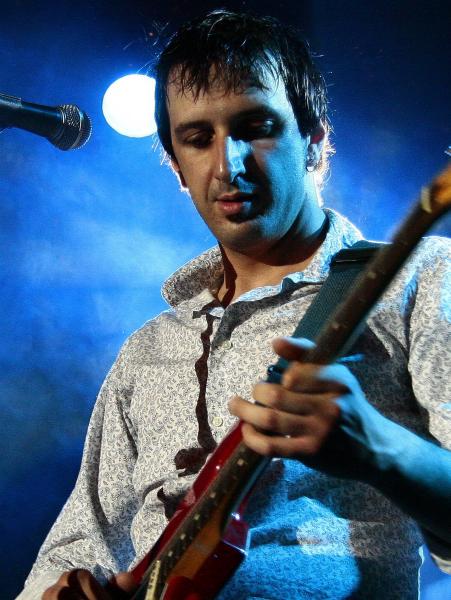 He has performed in many festivals in Spain and Europe. Likewise Miguel does pedagogic meetings and workshops of guitar: Racó (Music School in Gavà) and in Musician´s Workshop in Barcelona. He works as coordinator of modern music in Music School in Sant Viçenç dels Horts.

Miguel, when was your first desire to become involved in the blues & who were your first idols?

Blues is a feeling. No need to understand it. Listen to B.B King singing “Sweet Sixteen” and you will see what I mean. When I listen to that kind of music it makes my heart feel good. You can enjoy it in the happy and sad moments. For me, the blues is a vehicle to express what I feel. 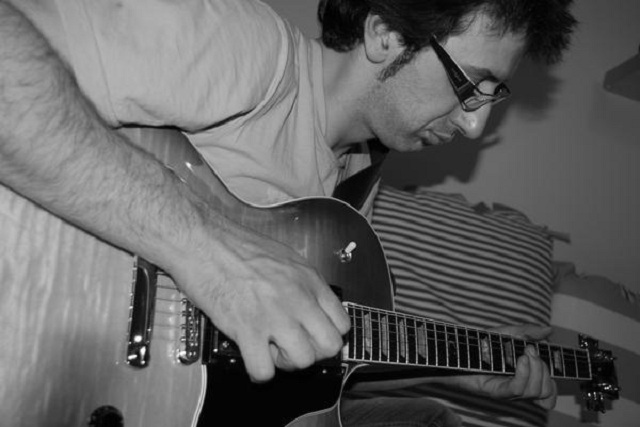 What do you learn about yourself from the blues music? What experiences in life make a GOOD musician?

I am learning every day from the masters, they are the real school, how they sing, how they play, how they write the songs… I realize that I have a lot to do. For me, listening, practicing and playing with other people makes you better musician.

It’s a mixture between Chicago blues, country and western, jazzy sounds... I am on the point to do what I do, even in the future, mixing styles. The blues meet country, jazz, funk, flamenco…

I have always been amazed about the guitar, the sound, the way it is played... I started to play at six years old. My dad bought me a guitar one day. He was worried about me; I played his tennis racquet every day. So he decided to give me a real guitar, then. I liked the flamenco guitars so much; the right hand was the thing that trapped me from the first. So I started with flamenco trying to play Rumbas, Sevillanas, with a teacher of course. Later, at 13 years old, I began to continue learning by myself, I went to electric, Fender, Gibson, etc. I discovered rock and roll and blues. 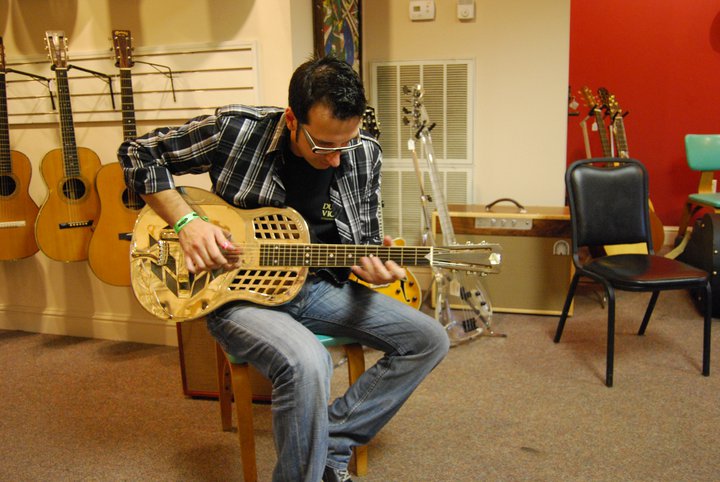 From the musical point of you what is the difference and similarity between the electric and resophonic guitar?

Resophonic guitars were made to increase the volume of the instrument, at the beginning, to put at the same level of the other instruments in a jazz band in the 20’s in America. The resonator recreates a particular sound as well, suitable for blues and country stuff. The electric guitar came later, almost for the same reason, to get a louder instrument; you have to plug it on and amplifier. Te result about tone is completely different in these two kinds of guitars.

Do you remember anything fanny or interesting from the pedagogic meetings and workshops?

One day I went to a Flat- pick bluegrass guitar workshop in Ireland. I said I was from Spain and I wanted to learn something more about bluegrass. The audience asked me to play some flamenco licks. In the end I was teaching some flamenco-blues tricks. For me, the point is that you always can learn something from other musicians and no matter the style they are on. You can put it in your music and mix it!

What are some of the most memorable gigs jams and workshops you've had? 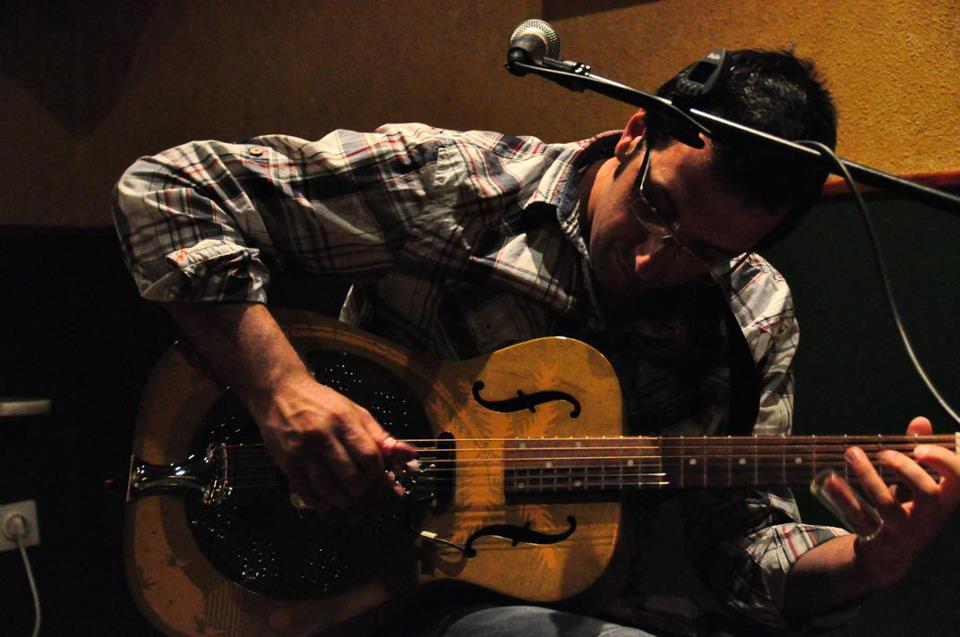 What advice would you give to a spiring musicians thinking of pursuing a career in the craft?

Hard works, discipline, try to play with so many people as possible and enjoy all the moments. Believe in yourself, if you don’t do it, nobody will listen to you.

What advice would you give to young blues musician? When did you last laughing in workshops?

It is very important to listen to the music of all the masters: B.B. king, Muddy Waters, Robert Johnson, Howling Wolf, etc… They are the roots. For me, if you want to be a bluesman, the only thing you have to do is: “play and sing the blues”. I always laugh at workshops and find something funny like the story I told you about Ireland.

Are there any memories from Angela Brown, Kenny Neal, Platters, and Carter Bros, which you’d like to share with us?

A lot of them.!! I had gig with my band. And Kenny Neal was in the audience. He wanted to sing with us at the second song of the show, Yeah! Angela is very funny on the stage. She makes the band run like a tornado.

With The Platters, in a gig, sometimes I stopped playing my guitar for seconds only for pay special attention and listen their incredible vocals. And with Tim and Danny Carter I shared precious moments jamming in Tree Old House studio. 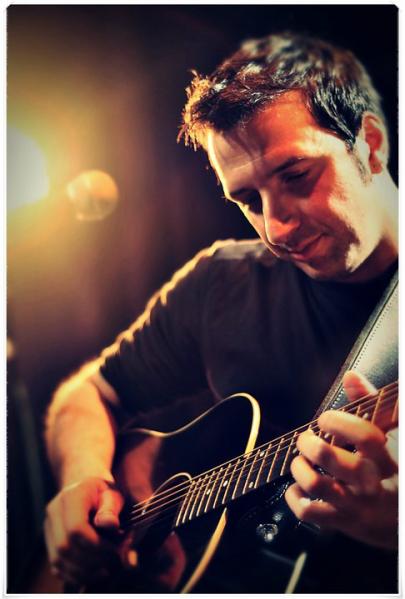 Blues is a part of our culture and it always absorbs and meeting music styles of all time and places. It finds the way to fit them. It’s an open kind of art. I think it is the reason.

How do you see the future of local blues scene? Give one wish for the BLUES in your country?

Some small clubs, local pubs, concert halls they are closing now. But there are a lot of people that loves this kind of music and they are creating associations to drive this activity to a good thing, to look for other places to bring this music, to do festivals, concerts, etc. I am very positive with it.

Tell me a few things about your experience with the local scene, your meet & work with Amadeu Casas, Quico Pi de La Serra, Vargas Blues Band, and Joan Pau Cumellas?

There are a lot new young people playing in the local scene and they are so good!!

I am proud to have shared the stage with Amadeu and all these guys. With some of them I only jammed or was at the same festivals. With Joan Pau Cumellas we have a special music project that is still running and I hope it would be for years.

Why did you think that the Blues in Europe and especial in Iberian continues to generate such a devoted following?

Maybe because it is something new and fresh.

What the difference and similarity between the BLUES, JAZZ, REGGAE, BLUEGRASS, COUNTRY and ROCK feeling?

It is a difficult question. I could write a book about it but I will say:

Similarity: the lyrics I mean the stories, love, sadness, happiness… 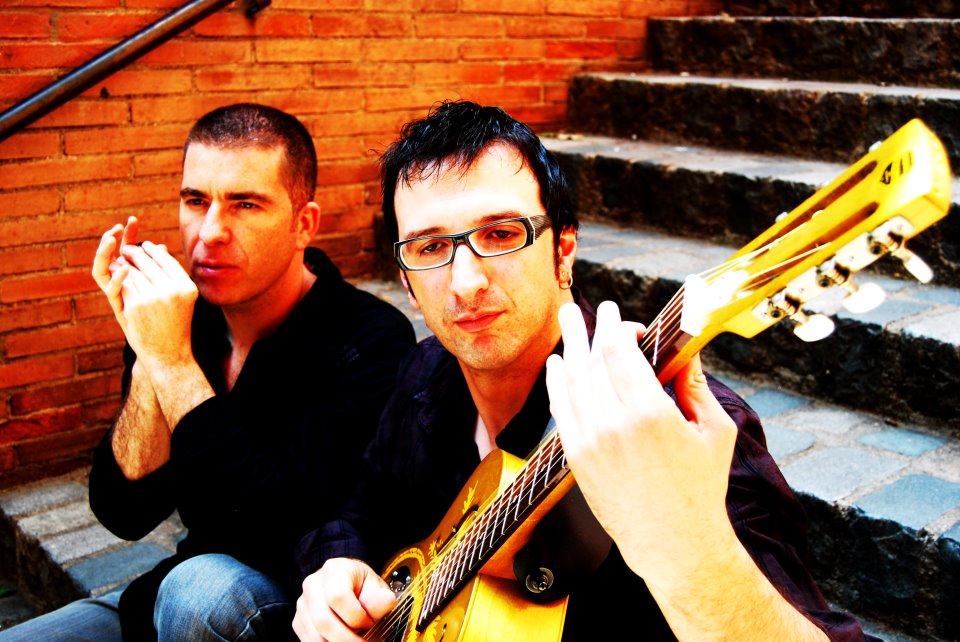