"Poetry is free-form chaos brought into a modicum of control and direction.  Poetry is the explorer...I’m only the vehicle. I could be replaced by a toilet plunger."

Poet Roxie Powell is a Kansan born in Wichita in 1935. After High School, he began his career of many F's in several universities both in the U.S. and abroad. After an undergraduate degree in Geology and work on oil rigs, followed by a stint in the Merchant Marines, his friend of over 50 years, Charley Plymell, recommended him to the Director of the writing Seminars at Johns Hopkins Univerity. He was accepted on a scholarship and assistantship in Baltimore, MD. At the time he was working in Oahu, Hawaii, as a dry wall hanger and taper. 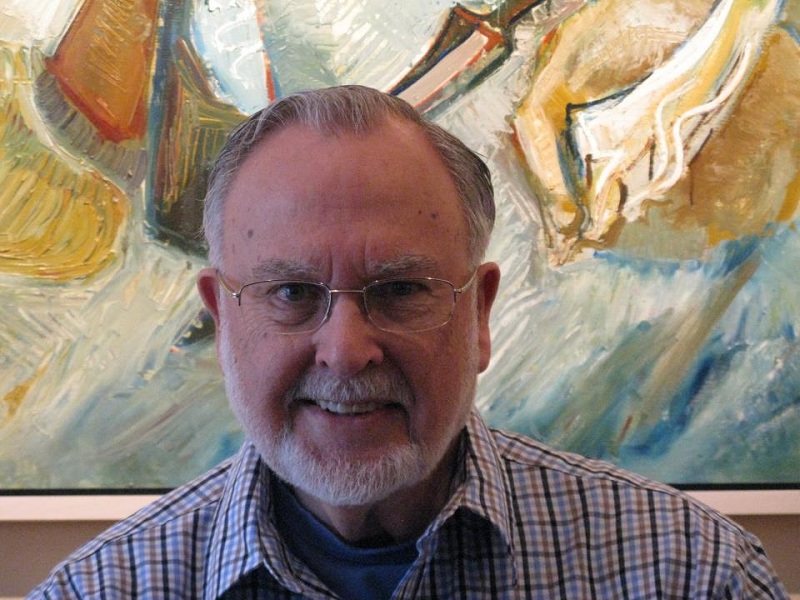 Prior to this he enjoyed a speckled if not sparkling career, which would fill a large city telephone book having acquired five marriages including three lost to death, one annulment, and one to divorce. He has three daughters. Powell states that he has resided in 22 countries.

When was your first desire to become involved in poetry? What does "POETRY" means to you?

Started writing stories in the 4th grade.  Many read by teachers in the 5th grade, about “roundups” on the ranch.  Started writing poetry at age 17.  Was surprised that my poem Winter Foliage was liked by my Grandmother and also by Allen Ginsberg, and most of my friends and relations; so, tried to write another poem like that.  Never could.  But the habit was started.  Had no shame.  If you liked a certain poem I’d write 50 more like it.  Once a professor said he thought I had possibilities; but that I should go home and write a sonnet.  Came back to him three days later with 60 sonnets.  He admitted that 4 or 5 of them were passable.

What do you learn about yourself from the poetry, is it a way of psychoanalysis? What has offered you?

I learned that my writing was very much like my life; that is, non-directive and unpredictable.  Never had the slightest idea where a poem was going until it was halfway written.  My best known poem took me about 8 seconds to write.  It goes like this:  “Across the street and under the trees / my dog sits upon a spider I caught / Tomorrow I must take my spider to bath and wash him clean / My dog doesn’t know my spider is dirty.”  A professor from Univ. of Calif. at Santa Cruz attempted to analyze this poem.  Also, at least two other academics.  I’ve always wished them well.

How do you describe Roxie Powell's poetry? What experiences in your life make you a good poet? 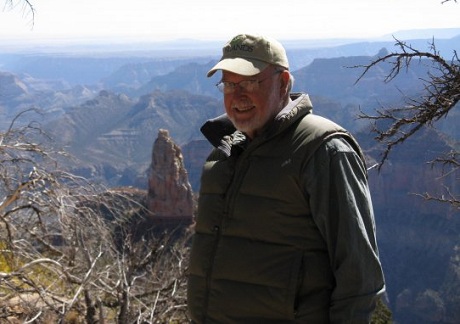 I’ve been called a Primitive Poet.  But I doubt if that it completely true.  If you were to look at Dreams of Straw, published by Auerhahn Press in 1963 and edited by Charley Plymell and Dave Hazelwood and was republished by Allen Ginsberg and any of the later chapbooks my guess is that you would see a gradual movement toward logical coherence and a better adherence to causality.  But far be it from me to know.  My best tool for being a poet is how adept I am at forgetting the facts of experience, yet remembering the feelings generated by exposure to a variety of experience.

What experiences in life are the triggers for the creation? How does the music affect your mood and inspiration?

Music triggers booze.  Booze triggers writing internal thoughts that had no clue were percolating.  Few hits of booze relaxes the stringent need to conform to accepted norms in writing.  Too much causes a squandering of thoughts and images which are not sufficiently corralled to bring out their connected meaning.  Music is most often a deeply intellectual response to a form of concrete beauty.  Poetry is free-form chaos brought into a modicum of control and direction.  Poetry is the explorer…..I’m only the vehicle.  I could be replaced by a toilet plunger.

How important was the music in your life? What is the relation between music and poetry?

Growing up listened to Peggy Lee, the original Jazz Quartet (the original original) several small orchestras playing pops music, and always Gershwin, Tchaikovsky,  Rachmaninoff,  Shostakovich, with some Beethoven, Chopin and Motz.  Never Hayden when was young.  Now he is favorite.  Mother and brother played piano and mother was also an organist.  I played piano and the Clarinet, in school orchestra and in a Quartet.

You have been traveling all around the world. What are your conclusions?  What inspires you from the world? Loved being able to say to myself, “Do you realize you are in Sweden?  You have a job and you are doing exactly what you always dreamed of doing?” Worked for Firm of Leitz in Germany making all the parts of the Leica camera, and finally in Optics.  Worked in Italy and lived in Portofino when it was relatively quiet and unknown.  Lived in Rome at the corner of the Via Nationale and Via Napoli and became friends with Ricky Bricktop.  Consequently met many jazz celebrities.  Became friends with Mabel Mercer and her sister and listened to Bart Howard at the Front Room of the Blue Angel in NYC.  Came to know the culture of the upper middle class Mexicans when lived with group of students at the Instituto Politechnico Nationale and became engaged to the daughter of the Comptroller General of the school.  He had me investigated back in California.  Enjoyed learning about the differences of the cultures of the Vietnamese, the Thai’s and the Cambodians and worked in Japan and Okinawa.  Spoke passable Japanese and learned about 70 kanji and both the hirokana and the katakana.  Worked in the area of Pusan, Korea and lived in Hundae .  In Thailand, lived in a bungalow in Bahn Pattaya.   Had business in Hong Kong with partner Norman Wong and lived at 30 Austin Avenue on the Kowloon side.  Found people about the same everywhere.  Same human failings…no worse, no better.  New Zealand was a little like Kansas in the early 1960s.  The Anglican Church ran the show.  My girlfriend was the Star girl Basketball player of New Zealand,  but when they found out she was going out with a Yankee who had unsavory habits, they started to give her a bad time.

What's the difference between Europe's and U.S.A's point of view on art, especially poetry?

Does there exist in the USA a point of view regarding poetry?  Beats me.  Have no idea about Europe.  Once spent a month living in the cabin of their Olive grove of a family of my friend Odysseus Orologos on Samos.  They all loved poetry, but recited it always in Greek.

What characterize the philosophy of the Wichita Vortex? How that this generation came about?

Charley Plymell originated the idea (not the expression) of the Wichita Vortex. Charley laid his Wichita Vortex idea on everyone he knew in S. F.   Charley brought Allen Gins to Wichita and of course, all Ginsberg had to do was mention it and it became famous.   It seems to me that this came from a churning center of the country which rose up into a spiral to escape the overwhelming expanse of earth from which it came, prompted no doubt by the tornado.  Wichita was basically a very conservative, religiously oriented community.  My Quaker relatives in Wichita would have shit their pants if they had realized that we were advocating for free love and Weed.  When Alan Russo and I were put in jail for trying to buy some pot, my relatives totally ignored what happened, except my grandmother who hired a lawyer even though she knew nothing except the fact that I was in jail. 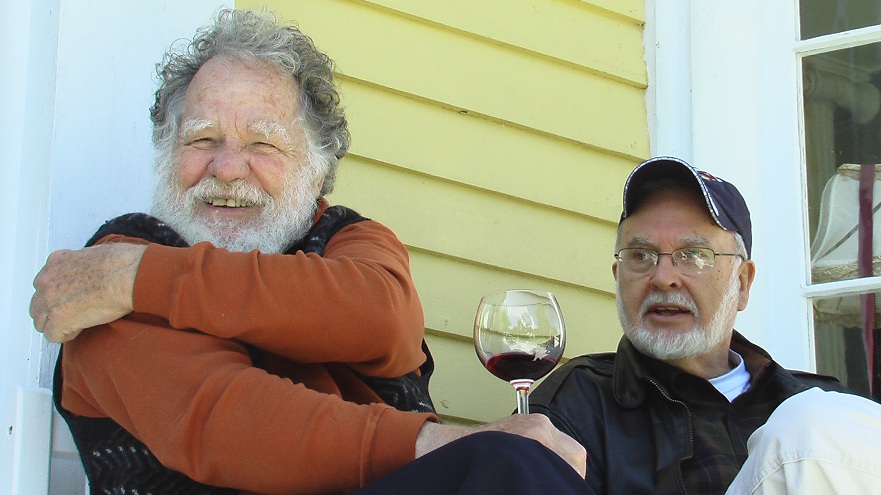 Why did you think that the Wichita Vortex continues to generate such a devoted following?

Charley Plymell’s charisma and the connection to Allen Gins.  Young people need to know that even in Wichita there have been moments of breaking free that produced more than passing interest.

What is the common line that connects the legacy of the Wichita Vortex, Hippies with the “offbeat” generation?

It is very curious indeed that, according to George Laughead, who is the archivist of Kansas beatdom, approx.. 80% of the best known poets in the Bay Area from the late 50’s through mid 60’s, were from Wichita or Kansas.  Kinda surprising.

Do you know why the Wichita Vortex is connected to underground and avant-garde culture?

My memory is failing me.  Need to go to Kansas Beat website.  Names start with an artist who had early shows at the Batman Gallery, once with the afterbirth of his wife hanging on one of the pictures, which broke and drove people away with the smell.  There was the “gay” contingent who did extremely well in the Interior Decorating field.  My girlfriend who was a newspaper editor, Marilyn Harris Harriss Latham Keifer, knew them all.  Then Michael McClure and his special poetry and later plays and general celebrity.  It could go on and on.  Charley Plymell was publishing many of the up-coming names from all over.  Also people from Kansas know how stilted and dumbed down their culture is and always was.  They had to bust out—or die.

You have come to known great personalities in your time. It must be hard to pick, but which meetings have been the biggest experiences for you? 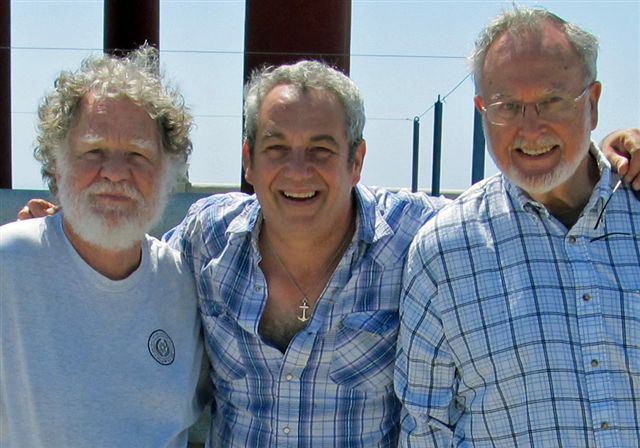 Which memory from San Francisco makes you smile? What are you miss most nowadays from this era?

The house at 1403 Gough where Charley and Glenn Todd reigned was always an experience.  Once when Madam Nu was in town advertising for her persuasion of American backed Vietnamese government which was blocking the Buddhists, Allen Gins commandeered me into writing placards with phrases for people to carry who were picketing the Blackstone Hotel where she was staying.  Then the next day he came to me and asked if I would accompany him to North Beach.  We went to the LaBoheme bar where he was interviewed by a man from Time magazine.  I sat in the booth twiddling my thumbs as they quietly conversed.  Suddenly Allen stood up and began cussing at the man, almost screaming.  Had no idea what it was about, but was shocked that he would do that with a Time mag reporter.  Also he asked me to carry a message to Gavin Arthur because he had an appointment with famous Zen Master, Suzuki.  Story after this is too long but it involves Neal and his girlfriend whom I saved from rape on the rooftop of the Wently Hotel on Sutter Street a year before.

For me, “Easy Does it.” For young people today, recognize that you have been screwed; but that you can create your own options by being creative and enterprising and the oldsters can go fuck themselves---if they’re up for it.

When we talk about “hippers”, we usually refer to memories and moments of the past. Apart from the old cats, do you believe in the existence of real “hippers” nowadays? 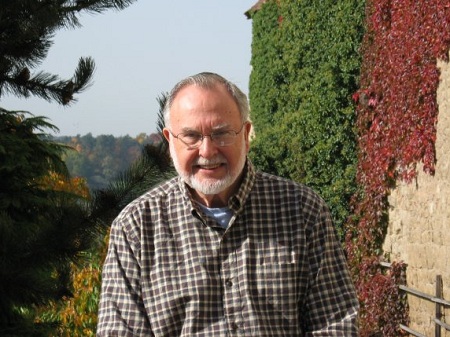 What are your hopes and fears on the future of new generation?

They are our only hope.

My car slightly ahead of the three Mercedes SLRs driving by Fangio, Moss and Kling, on the Nurburg Ring.  Actually, they were lapping me.

What from your memories and thing (books, photos, records etc.) you would put in a "capsule on time"?

The present, when I’m happy, joyous and free.  So that my children and all my wives might see me as I am today, after twenty-one years of marriage to my present wife, Ann Rasenberger.  Today, I am a Househusband.  Go figure.

Beats in Kansas - The Beat Generation in the Heartland